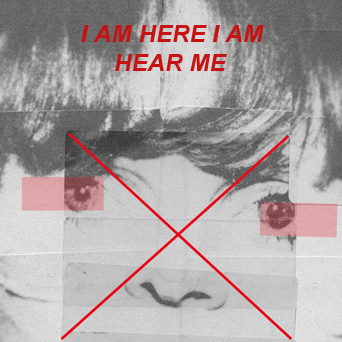 Laura Krasnow, born in New York City, has lived and traveled throughout the United States, Canada, Europe, and Australia.

In addition to being a freelance photographer, she has worked as an assistant editor in feature films, and been trained in film preservation and restoration. Her artwork has been exhibited throughout the United States and Europe, and is in the permanent collection of The Museum of Modern Art, and The Brooklyn Museum.

Her passion is art, science and technology. After obtaining an MFA at the School of the Art Institute of Chicago, she returned to school to study math, physics and computer science. Laura has attended seminars at the Perimeter Institute of Theoretical Physics, and the Centre for Brain and Mind, both in Canada.

I am predominantly a visual artist, using the medium of photography to explore the connections between the artistic and scientific realms of inquiry.

Working with traditional and non-traditional art making tools, including printmaking, digital photography, film and Polaroid film, drawing and paint, I seek to interpret theories of physics, math and neurological research, to reconstruct individual recollections of time, place, and space.

I use the photographic images, with embedded marks and symbols, to construct a specific viewpoint.  In the construction of the works, I have been influenced by geographical maps, weather maps, blueprints, ancient symbolic and pictorial written languages, NASA photography, photographs outside the normal human visual range, visual database design, and the use of grids within archeological drawings... with these grids representing both the physical relationship between the found objects, and their spatial relationship over time.

For me, defining a sense of place is the allure of the photographic image... the instant, when time and place seem to merge to catch a moment.  It is the imperceptible connections I seek to define...when something catches your peripheral vision, but is gone when you turn for a longer glimpse. My photographs aim to force the viewer to look beyond the obvious... to reveal the essence beyond the normal visual spectrum.
Loading...